And the Bride wore ARMANI!!! Prince Albert of Monaco and Charlene Wittstock were finally married after much anticipation. Not as much as the wedding of William & Kate, but anticipation none the less. And when Miss Wittstcok walked down the aisle she wore nothing but the best… Mr Georgio Armani himself! And might I add it was a beautiful gown. The boat neckline perfectly complimented Charlene’s rather broad swimmer shoulders. Mr. Armani designed Princess Charlene’s off-white duchess silk gown. According to a statement from the designer’s company, the front of the gown was embroidered with flowers, gold-colored stones, crystals and mother-of-pearl teardrops. The neckline was rather eye-catching, severe almost, with an asymmetrical cross-over that seemed intended as a modernizing effect. I found that detail a bit cold. But, overall, the dress was a sophisticated style for a glamor capital. 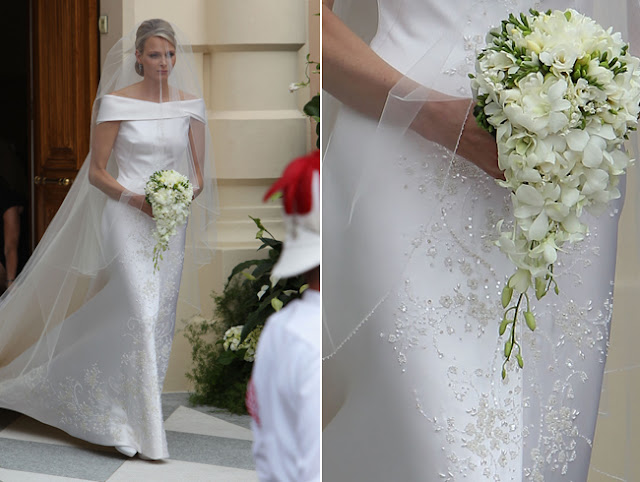 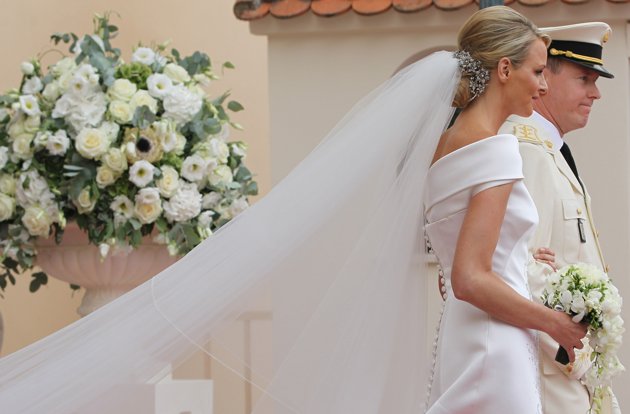 The wedding was attended by Karl Lagerfeld, along with Noami Campbell, Karolina Kurkova, and many more famous faces. I have to say, Naomi looked so sophisticated and stylish. I loved her dress. Karolina on the other hand looked like she she fire her stylist. I didnt like anything about her look! 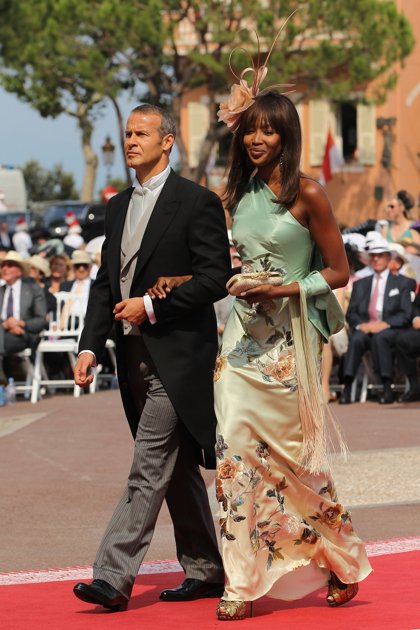 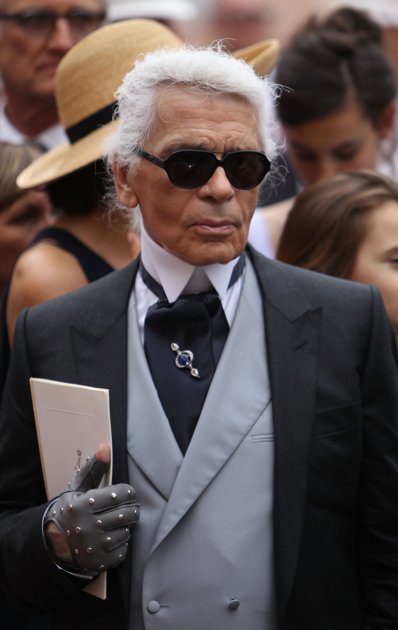 What did you think of the Monaco Royal Wedding? And most importantly, the dress!
xoxo