David Beckham to launch his own line* 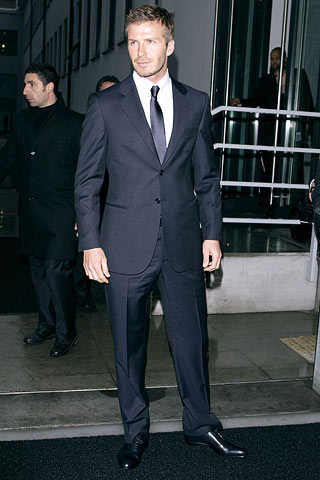 Following in the footsteps of his fashion designer wife, David Beckham will be launching his own collection – a range of men’s bodywear comprising underwear and relaxed separates.

Beckham’s collaboration with Armani grossed an estimated turnover of  €16 million (£14.1 million) in 2007, and €31 million (£38.7 million) in 2008. This time, he has teamed up with business partner Simon Fuller, and will also be launching a new fragrance – Homme by David Beckham. It looks as if we can expect more underwear-clad billboards of Beckham in the near future.

Beckham told WWD that his team has spent lots of time working on perfecting the fit, style, and fabrication to ensure the product looks & feels the absolute best. Which will of course result in awesome sales. I do look forward to seeing what designer Becks is made of. If Victoria’s line is anything to go by, Im sure I will love it!