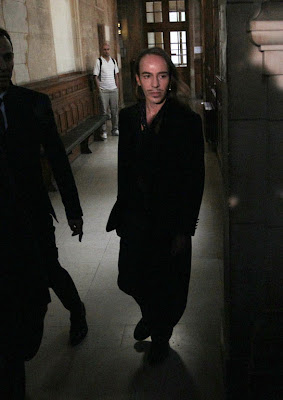 If you remember my previous post on Racism in Fashion, I spoke a bit about John Galliano who at the time had just been  accused of anti-semetic behaviour. He had been fired from Dior, and even his own label John Galliano. Well, today a Paris court convicted former Christian Dior designer John Galliano of making anti-Semitic insults in a bar but gave him only a suspended sentence, taking into account his apology to the victims. Galliano, who didn’t attend the announcement of the verdict, was given no prison time. He was given a suspended €6,000 ($8,400) fine, which means it goes on his criminal record but he does not have to pay it. He was, however, ordered to pay €16,500 ($23,200)in court fees for the complainants — three individuals and five anti-racism associations — plus a symbolic €1 ($1.40) in damages to each one.

Personally, I think his behaviour was just disgusting. I watched the videos of his outburst and I was appalled. But at the same time, I think he has paid for his crimes in many ways. He has lost his name in fashion. Who knows if he will ever be able to come back from this. So perhaps that in itself is punishment enough.