Marchesa teams up with Playboy* 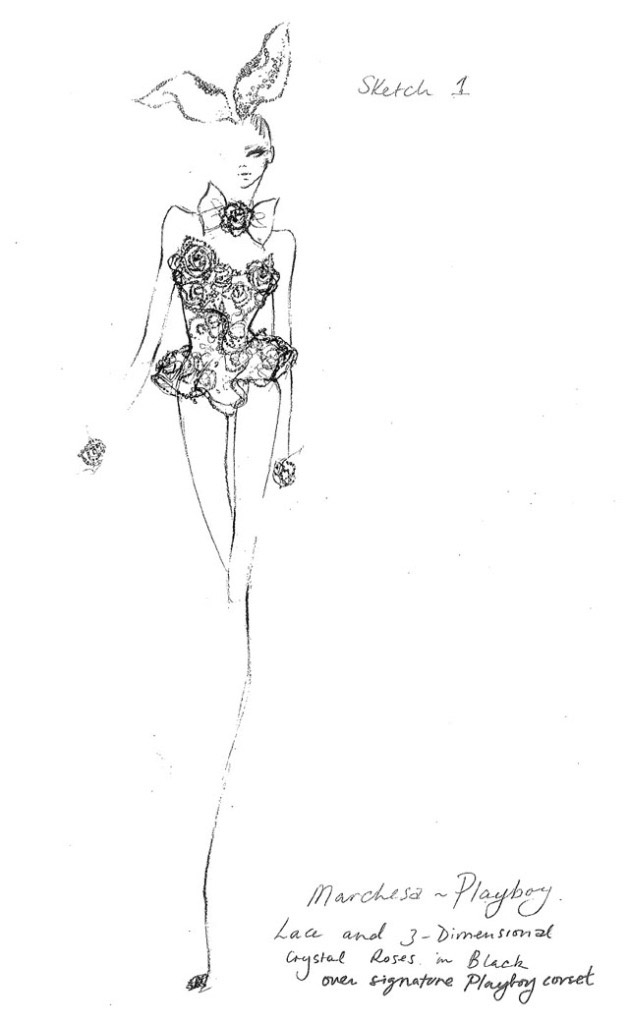 Marchesa and Playboy may not seem like an obvious match, but designers Georgina Chapman and Keren Craig insist that the union made instant sense to them. From what I saw of the sketch for the bunny costume design, I thinks its going to be amazing!

In an interview with Vogue UK, Chapman said, “We were approached and were immediately intrigued by the opportunity. The Playboy Bunny costume is one of fashion and pop culture’s most iconic emblems. We were excited to design our own interpretation in celebration of the Playboy Club’s reopening. The Playboy brand is about fantasy and escapism, which are elements embodied in our Marchesa collections.”

The Marchesa interpretation of the bunny costume was created in honour of  the opening of the Playboy Club in London later this year and, although it is intended as a one off show piece rather than a costume to be worn by the club’s new bunnies, the designers had some Bunnies in mind when creating it. Following the launch on May 26, the costume will be will be auctioned to raise money for Breast Cancer Awareness.