My thoughts after reading Chapter 1 in eco chic 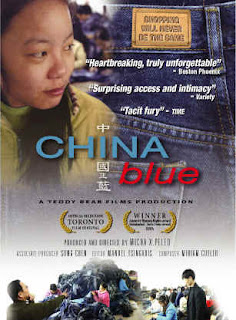 Eco chic: The savvy shopper’s guide to ethical fashion
Chapter 1: The labour behind the labels

“A garment’s true value lies not in its label, but in the workmanship” Christa Weil, vintage clothing expert.

We as consumers buy numerous products on a daily basis, but do we know, I mean really know where these goods come from?
The labour put into our garments is the focal point of Chapter 1 in eco chic.

In today’s society, consumers demand inexpensive, fashionable garments, and they want it fast. Retail buyers are able to give into the consumers demands at barely any cost, and still make a profit on those inexpensive garments. But what is the real cost behind a pair of jeans that cost you R19.99?! This Chapter tells the story of the miserable, exploited workers who work in factories all over the world; ‘cheap fashion’ comes at a price far greater than what you pay at the store. Blame retailers? NO. “If the person who made your shirt did so without being able to feed their family that night, what does that say about you?”

China Blue, a 2005 documentary by Micha X. Peled is mentioned in this chapter. China Blue, which was made without permission from the Chinese authorities, offers an alarming report on the economic pressures applied by Western companies and the resulting human consequences, as the real profits are made—and kept—in first-world countries. The unexpected ending makes the connection between the exploited workers and U.S. consumers even clearer.

I am yet to watch China Blue, but I am absolutely mortified by what I have read thus far. I see the ‘Made in China’ label on most of the garments I own, this is a chilling fact. But what can be done to stop this?! Not much Im afraid. I cant change the way the garment & textile industry operates, nor can you. Retailers need to make a change, take a stand. Many South African factories have been put out of business, due to the influx of Chinese factories offering services at a cheaper rate, with a faster turn-around time for orders. Don’t get me wrong, there are people in South Africa who probably don’t operate according to labour laws and health & safety regulations. But is it as bad as China, I don’t think so.